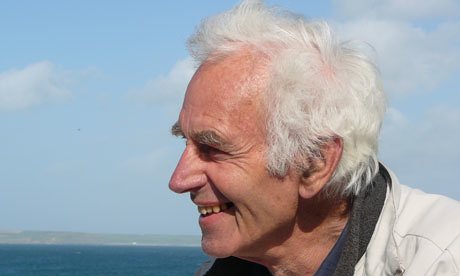 Jeremy Faull obituary as published in The Guardian, 2nd November 2011.

My father, Jeremy Faull, who has died aged 81, was one of the first Green party councillors. He was elected for the Ecology party to Cornwall council in 1977, serving until 1985, the year that the party changed its name to Green. Jeremy was founder in 1988 of the publishing house Ecological Press, trustee of the Sustainable Agriculture Food and Environment Alliance (now known as Sustain), and director of the Ecological Foundation, a charity providing funding for ecological projects, from 1992 until 2007. Although his concern for the environment was central to his beliefs, this was just one facet of a varied life.

Born in Southampton, Jeremy grew up in London, attending St Paul's school. He won a scholarship to Trinity College, Oxford, to read classics, emerging with both a degree and a boxing blue. A few years later, and with the support of his wife, Prue, he took up law, first working in London for Theodore Goddard; then, with two friends, founding his own firm – Faull, Best and Knight.

By the 1970s, his emerging social and green conscience, fired by the publication of the Ecologist magazine's Blueprint for Survival and his friendship with Teddy Goldsmith, led Jeremy to buy a farm in north Cornwall and settle with his second wife, Odile, to fulfil his dream of sustainable farming.

He was a lone voice for the Green party on the council, known for expressing his views in an articulate and reasonable manner without compromising his beliefs. It was this balance and fairness, added to his interest in the arts and conservation, that led him also to serve on the South-West Arts advisory panel and the National Trust regional committee. The activity he claimed was his proudest was volunteering for the Citizens Advice Bureau, which he did for more than a decade. He listened with patience and without judgment, and gave sound advice and encouragement.

At an age when many are thinking of retiring, Jeremy took over the Wadebridge bookshop, pleased to combine his love of literature with the running of a local business serving the community. He stopped last year as a result of ill-health. He kept his zest for life and much admired lively wit until the end.

Jeremy is survived by Odile, his five children, Joanna, Francesca, Matthew, Sophie and me, and four grandchildren.