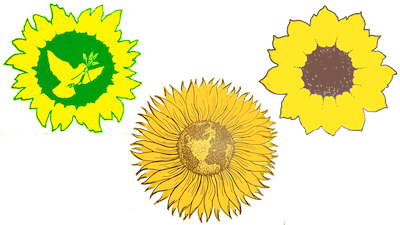 Welcome to the Green-History project

On this website you will find a collection of resources and articles concerning the history of the broad green movement in the UK. The collection includes material from the extraordinary decade between 1979 and 1989 when the Green Party went from just 500 members nationally to 2.3 million votes and 15% of the national poll.

This site is an open resource for the use and support of today's activists, participants, researchers and all those with an interest in green ideas, thoughts and action.

Thanks to your generous response to our Crowdfunder in March 2018 we raised enough money to put the website on a secure footing for the next two years.

Now we are starting to focus on the running costs and future development costs.

There are also some further extensions to the project which we would like to move forward with - full details of these and the above items are on the main fundraiser page - but you could simply donate now with the button below - our target is a modest £600 for the basic costs and a stretch goal of a further £1300 to cover further developments over the coming year.

Thank you for your support

You might also be interested in our future plans for taking the project to the next level.

This month we would like to draw your attention to the material on the cluster of activities in Oxford during the 70s and 80s. In some ways Oxford can claim to be one of the first cities with a cluster of green-ness in the UK.

As early as 1970 the first Ecology Action Group in the UK was set up in Oxford by Laurie and Carole Greenfield. Michale Allaby interviewed them for his 1971 book "The Eco-Activists"

A local Survival Society was set up in Oxford around 1972. It was part of and/or associated with the Movement for Survival. Martin Stott and Stephen Josephwere actively involved.

A few years later in 1976 Peter Taylor and Gordon Thompson set up the Political Ecology Research Group (PERG) in Oxford which flourished through the 1980s.

PERG members then formed the Oxford Ecology Movement (OEM) with specifically political aims. OEM contested the Oxford city elections in 1978 and the general election in 1979, resisting an approach from the Ecology Party to merge into the EP.

After the '79 election OEM disbanded as planned. Some members had already broken away to form the Oxford Ecology Party (OEP). OEP remained a hotbed of Ecology and then Green Party activity throughout the 1980s.

Much 'green' activity was centred around the Cowley Road area, Annie Skinner has produced a book covering the history of Cowley Road which is worth tracking down. One significant spin off from the general 'Eco' activity in Oxford was the foundation of Green Line magazine - the entire archive from the 1980s is available in the Library.

Also in the library are a lot of papers from the OEM.

Oxford has played a significant role in the development of green politics in the UK. The Oxford Ecology/Green archive papers are held in the Oxfordshire Records Office in Cowley - part of our Autumn Appeal is to enable us to visit the Oxford archive and extract material from there.

for the exhibition at the Launch Reception for Green-History at the GPEW Conference on 5th October we focused on development of the political party since 1972.

As part of this we had display panels on Leaders, Conferences and Members. These listed all of the people, locations and numbers - with some gaps which will be filled in over the coming month.

You can now see the exhibition panels online and also the more extended articles:

Over 100 people came to the Green-History Project launch reception and exhibition at the Green Party Conference on 4th October.

Feedback has been very positive, but several people asked if the exhibition would be there for the weekend as there was a lot to see and they were quite engrossed. Sadly the conference couldn't accommodate it but we have made it available here so if you missed it you can browse at your leisure.
https://green-history.uk/home/exhibitions/exhibition-october-2018
We were also given a load of fantastic new material by various kind donors, which our next task is to process and make available. So from our point of view a tremendous success. It will take us some time to get through this but you can expect a reasonable stream of updates over the coming months as we have a considerable backlog.
Items include many of the missing EcoNews and EcoBulletin newsletters from the Ecology/Green Party.
Honouring one of our founders:
We were delighted to welcome Lesley Whittaker, one of the original four founders of PEOPLE in 1973, at the reception. It was a great pleasure to meet her and hear first hand some of her memories of those early days. Lesley tells us she is considering writing a book about the time, and we look forward to presenting more of her recollections and reflections here.

In the Library area you will find an ever-expanding range of resources. The Document Archive contains scans of original paper. There are also collections of images, graphics, video and audio as well as a selection of recommended books and weblinks.

We are always looking for new material - if you have anything from the period; a copy of your election leaflet from the time you were persuaded to stand for the council, a placard from a demo you attended, photos of some action, a poster you saved, or a cache of some obscure news letter/magazine you received, then do get in touch - info@green-history.uk.

Under Articles, People and Elections in the top menu you will find contemporary accounts, more recent recollections, commentary and opinion.

News, under Home on the menu, carries general news about the project, Article Updates, under Articles on the menu, lists new and updated articles, Library Updates under Library details new material added to the Library.

History is subjective and we welcome debate, comment and opinion - if your memory or experience differs from that presented here then have your say - this is YOUR history. You can comment using the form at the bottom of most pages or contact us by email - info@green-history.uk.

Thank you! Please check your email and confirm the newsletter subscription.