A4 information sheet about PEOPLE and its key policies. Probably produced between July and October 1974. The handwritten annotation "Vote for Patterson (Liberal & People party Candidate)" indicates this was distributed  by D.Taylor during a school mock election in October 1974. He was barred by the school from standing himself as a PEOPLE candidate, so formed an alliance with the boy (Patterson) standing for the Liberal Party. In the event they came a solid second to the Tory (it was a Public School) 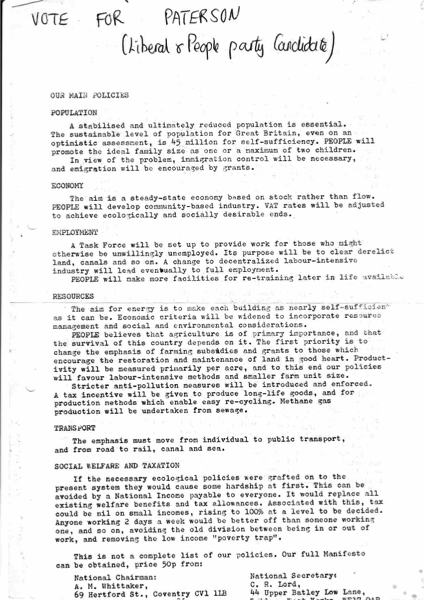 One side on "Our main policies" and second side describing and introducing PEOPLE. This may possibly have been based on material provided by PEOPLE and produced by David Taylor himself for distribution within the school.